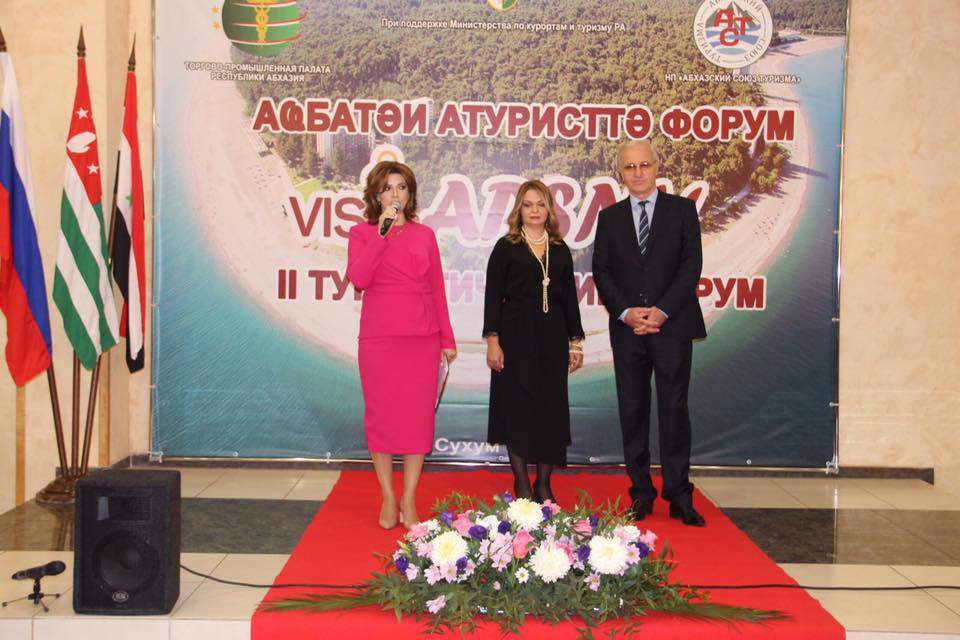 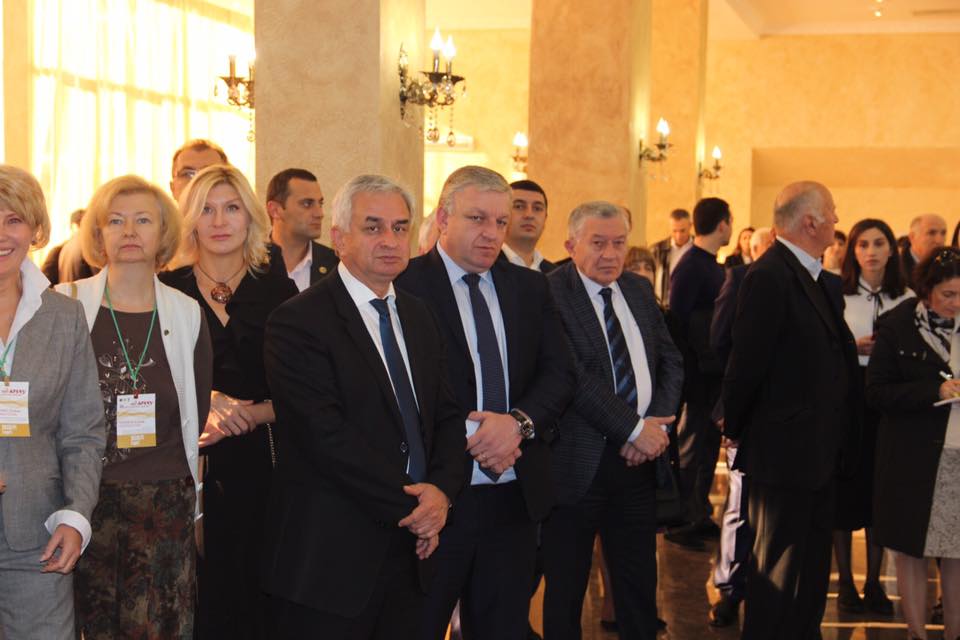 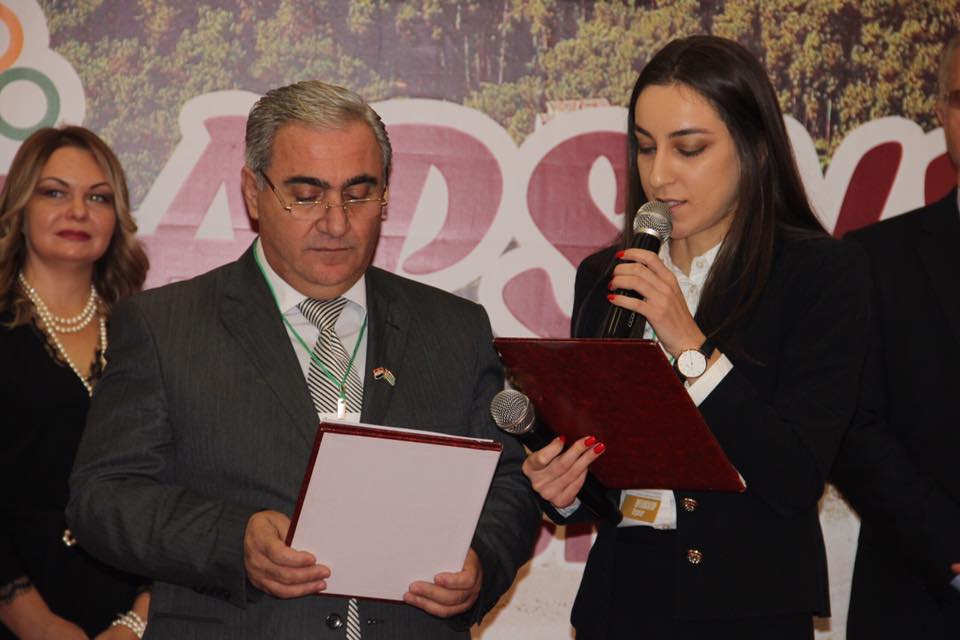 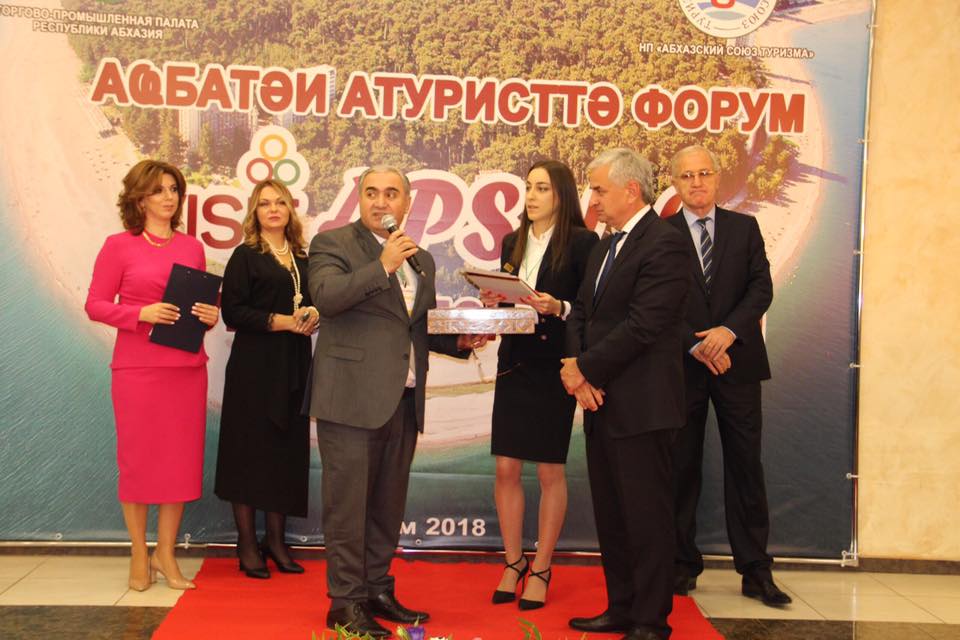 THE SECOND TOURIST FORUM “VISIT APSNY” WAS HELD IN ABKHAZIA

The opening ceremony was attended by the President of the Republic of Abkhazia Raul Khadzhimba and the Extraordinary and Plenipotentiary Ambassador of the Russian Federation to Abkhazia Alexey Dvinyanin.

The President of the Chamber of Commerce and Industry noted that this time the forum receives twice as many guests and participants.

As part of the mutual recognition of the Republic of Abkhazia and the Syrian Arab Republic, a delegation from Syria headed by the chairman of the “Union of SAR Craftsmen”, Mr. Naji Al Hadua, visited the forum.

The delegation also includes the Chairman of the “Union of Damascus Craftsmen”, Mr. Isam Al Zeybak, the representative of the Chamber of Commerce and Industry of the Republic of Abkhazia to Syria, Nizar Aljabban, and representatives of the travel company AlTamayoz.Co.

“We hope that the representatives of the tourist industry of Abkhazia will take advantage of the platform provided to them and their cooperation with colleagues will be dynamic and developing, and the number of forum participants will increase in the future”, - said Tamila Mertskhulava.

She stated that the exhibition-fair of Syrian artisans was opened within the framework of the forum.

The event is also attended by the delegation of the Republic of Crimea headed by the 1-st Minister of Resorts and Tourism, coordinator of the federal program “The Russian Federation  /CIS Guest Card” Elena Yurchenko.

Tamila Mertskhulava recalled that last week the first meeting of the Intergovernmental Commission of the Republic of Abkhazia and the Republic of Crimea on the implementation of the agreement on trade, economic, scientific and technical cooperation between Abkhazia and the Crimea was held. Today, in the continuation of the plan for the development of relations between our Republics, the delegation from the Crimea arrived to the forum.

Moreover, experts from Moscow, Rostov-on-Don, Sochi, Sevastopol and other cities take part in the event.

According to the Minister of Resorts and Tourism Avtandil Gartskiya, the participation of the Syrian and Crimean delegations in the tourism forum is important for us.

“For us, tourism is a priority in business, so we are willing to communicate, make friends and build our relations on a mutually beneficial basis”, - said Avtandil Gartskiya.

The 1st  Minister of Resorts and Tourism of the Republic of Crimea, Elena Yurchenko, noted in her speech that their delegation is moving from words to deeds as part of a signed intergovernmental agreement.

She reported that the Crimea is already working for the benefit of Abkhazia. In particular, work has been completed on the mobile application “Guest Map of Abkhazia”, which includes the best accommodation facilities, catering and all the sights.

Tamila Mertskhulava reminded the guests and participants of the forum about the recent official visit of the delegation of the Republic of Abkhazia headed by the President of RA Raul Khadzhimba to the Syrian Arab Republic.

As part of this visit, a number of agreements were signed, and the Chamber of Commerce and Industry took part in the 60th International Damascus Fair. At the same time, an agreement on cooperation between the Chamber of Commerce and Industry of the Republic of Abkhazia and the “Union of SAR Craftsmen” was signed. At the same time, the chairman of the Union, Mr. Naji Al Hadua, asked to organize an exhibition-fair of products of Syrian artisans in Abkhazia. And today this exhibition has opened.

“This is a good start, which will contribute to the further development of trade relations between our republics,” said Tamila Mertskhulava.

The head of the Syrian delegation, chairman of the Union of Syrian Craftsmen, Mr. Naji al Hadua, wholeheartedly thanked the friendly Abkhaz people for the opportunity to participate in the forum.

He expressed his gratitude to the Chamber of Commerce and Industry of the Republic of Abkhazia and personally to its President Tamila Mertskhulava for the invitation to visit Abkhazia and take part in the exhibition.

The chairman of the Union of Craftsmen stressed that the people of Syria will never forget the support that Abkhazia provided to his country during the war with terrorists.

“On behalf of the entire delegation, the entire Syrian people and on behalf of our President Bashar Assad, I welcome the people of Abkhazia and its President Raul Khadzhimba. We wish you peace, prosperity and progress. It is a great honor for us to visit your hospitable country, as well as a great honor to learn more about your culture. We are ready to build bridges of cooperation in the craft sphere”,- said Mr. Naji Al Hadua.

He believes that Abkhazia has unique capabilities in the field of cultural crafts and other industries.

“We are familiar with the unique creations of Abkhaz masters representing a rich national heritage”, - said Nadji Al Hadua.

He presented Raul Khadzhimba with the most expensive and valuable fabric in Syria “Agabani”.

On behalf of the Union of Craftsmen of Damascus, the chairman of the Union, Mr. Isam Al Zeybak, presented the President with the symbol of Marji Square, which is located in the center of Damascus.

Raul Khadzhimba thanked the guests for valuable gifts and expressed the hope that the exhibition-fair of Syrian artisans will become traditional.

“Two republics are represented at the forum - Syria and Crimea. This suggests that we are expanding cooperation and this is important both for Abkhazia and for our friends. I convey the most sincere and good wishes to the people of Syria, who continue to assert their rights for independence. I wish all participants of the forum success and fruitful work”,- said Raul Khadzhimba.

In turn, the President of the “Abkhaz Union of Tourism”, Anna Kalyagina, noted that their organization has been working for two years and during this time a lot has been done.

“We will continue to cooperate with our colleagues, including foreign ones, in the future. And the tourist forum is one of the forms of cooperation”, she believes.

The forum continued with the plenary session.

Within the framework of the forum, a cooperation agreement was signed between the Chamber of Commerce and Industry of the Republic of Abkhazia and the international publishing house EuroMedia. The document was signed by Tamila Mertskhulava, President of the Chamber of Commerce and Industry, Natalia Vlasenko, Director of the Department for Work with the Authorities of EUROMEDIA Publishing House.