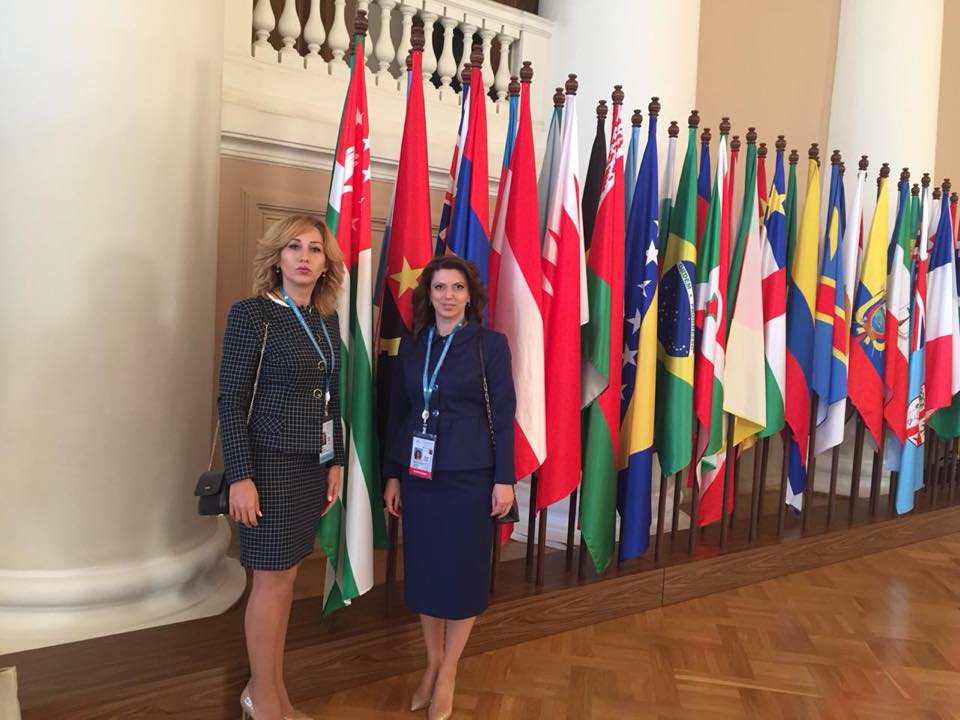 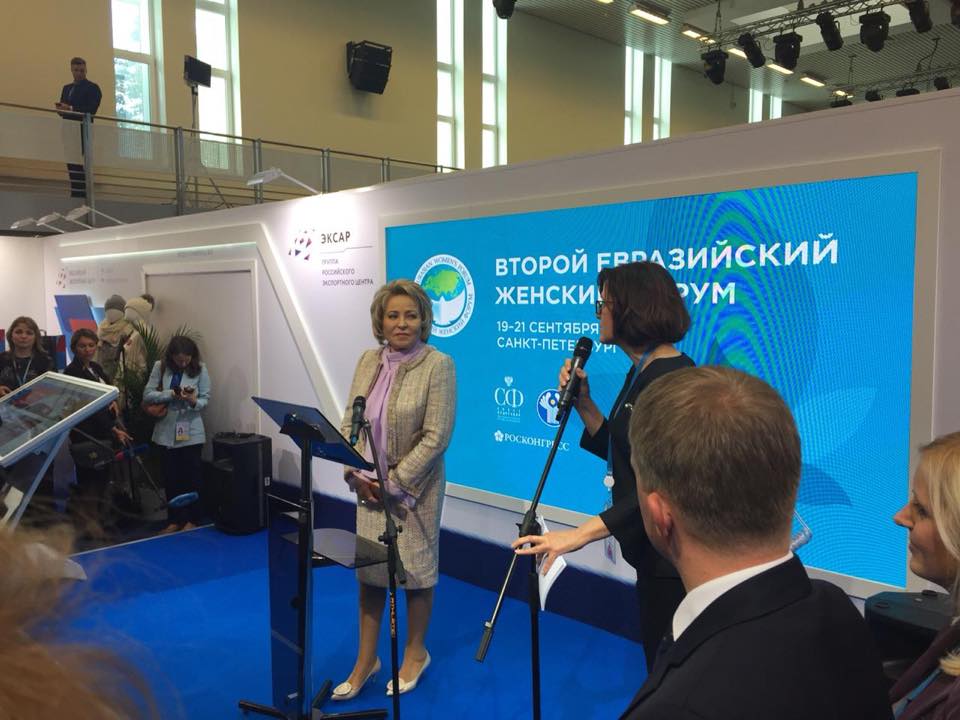 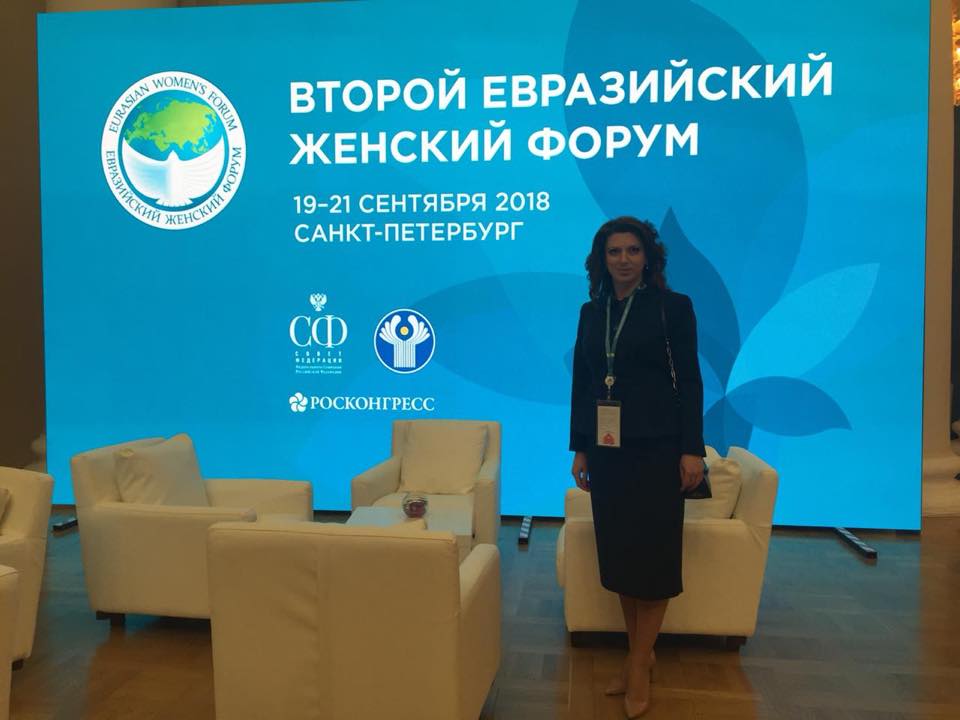 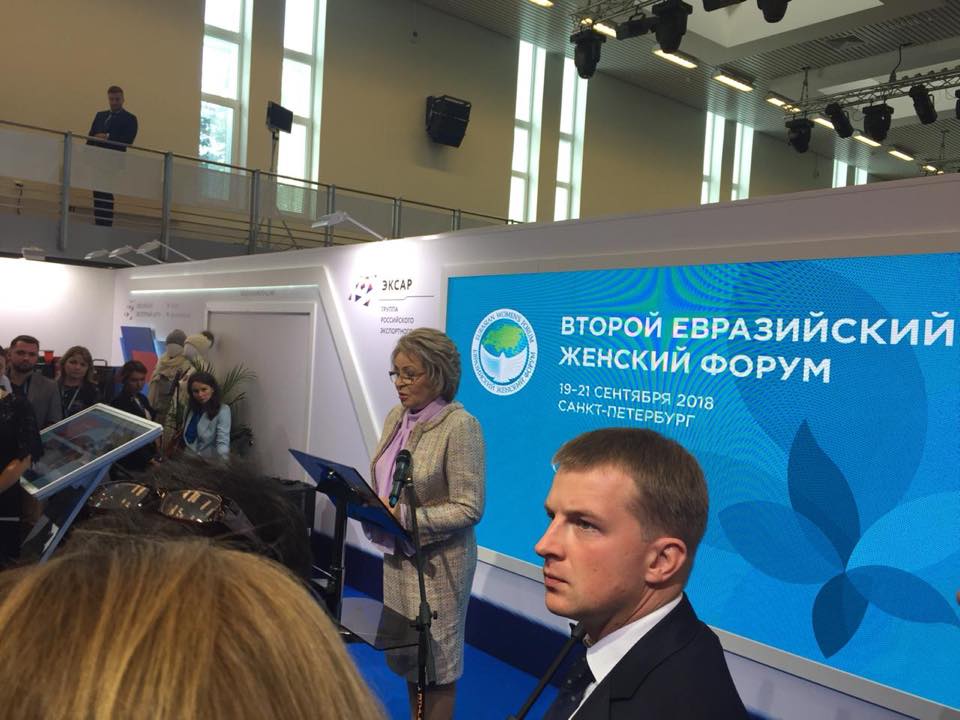 The second Eurasian Women's Forum is being held in St. Petersburg

The II Eurasian Women's Forum was opened on September 19 in St. Petersburg. At the invitation of the Deputy Chairman of the Federation Council of the Federal Assembly of the Russian Federation Ilyas M.S. Umakhanov, the President of the Chamber of Commerce and Industry of the Republic of Abkhazia Tamila Mertskhulava takes part in it.

The program of the second Eurasian Women's Forum comply with the provisions of the Declaration on the “Transformation of Our World: An Agenda for Sustainable Development for the period up to 2030”, adopted by the United Nations General Assembly on September 25, 2015.

During the forum, issues of empowering women and their role in politics, developing the digital economy, innovative development of the social sphere, ensuring environmental security, strengthening international cooperation and promoting charitable and humanitarian programs were considered.

The business program of the forum includes plenary sessions, strategic and expert sessions, as well as presentations of studies, reports and discussion platforms of the United Nations Industrial Development Organization (UNIDO), on education, science and culture (UNESCO), the World Bank, the World Health Organization and the International Labor Organization.

Within the framework of the business program of the first day of the forum, the President of the Chamber of Commerce and Industry of the Republic of Abkhazia, Tamils Mertskhulava, visited the opening of the exhibition of women exporters projects "Made in Russia: Women's Export", which took place in the Parliamentary Center. Here, products were exported to foreign markets and produced by women entrepreneurs of different countries and subjects of the Russian Federation.

The exhibition was opened by the Chairman of the Federation Council of the Federal Assembly of the Russian Federation Valentina Matvienko. Speaking with welcoming speech, she stressed that "the development of women's entrepreneurship is recognized as one of the drivers of the growth of the world economy in the 21st century and is gaining increasing importance throughout the world," and wished everyone productive work.

Then Matvienko got acquainted with the exposition, talked with women entrepreneurs and took part in one of the open discussions "Programs and Institutes for the Development of Women's Entrepreneurship" moderated by the General Director of the NAFI Analytical Center, Guzelia Imayeva.

A gala concert of opera and ballet dancers at the Mariinsky Theater was organized for all guests on behalf of Federation Council Chairman Valentina Matviyenko.

The evening was opened by the opera singer, People's Artist of Russia and Abkhazia Hibla Gerzmava. Then fragments from the operas of Verdi, Rachmaninov, Puccini, Beze were performed by the leading soloists and the Mariinsky Theater Choir, and were accompanied by the symphony orchestra conducted by Mikhail Sinkevich.

The President of the Chamber of Commerce and Industry of the Republic of Abkhazia Tamils Mertskhulava is accompanied by the head of the Tourism Department of the CCI of RA Inara Daurova  during her business trip.