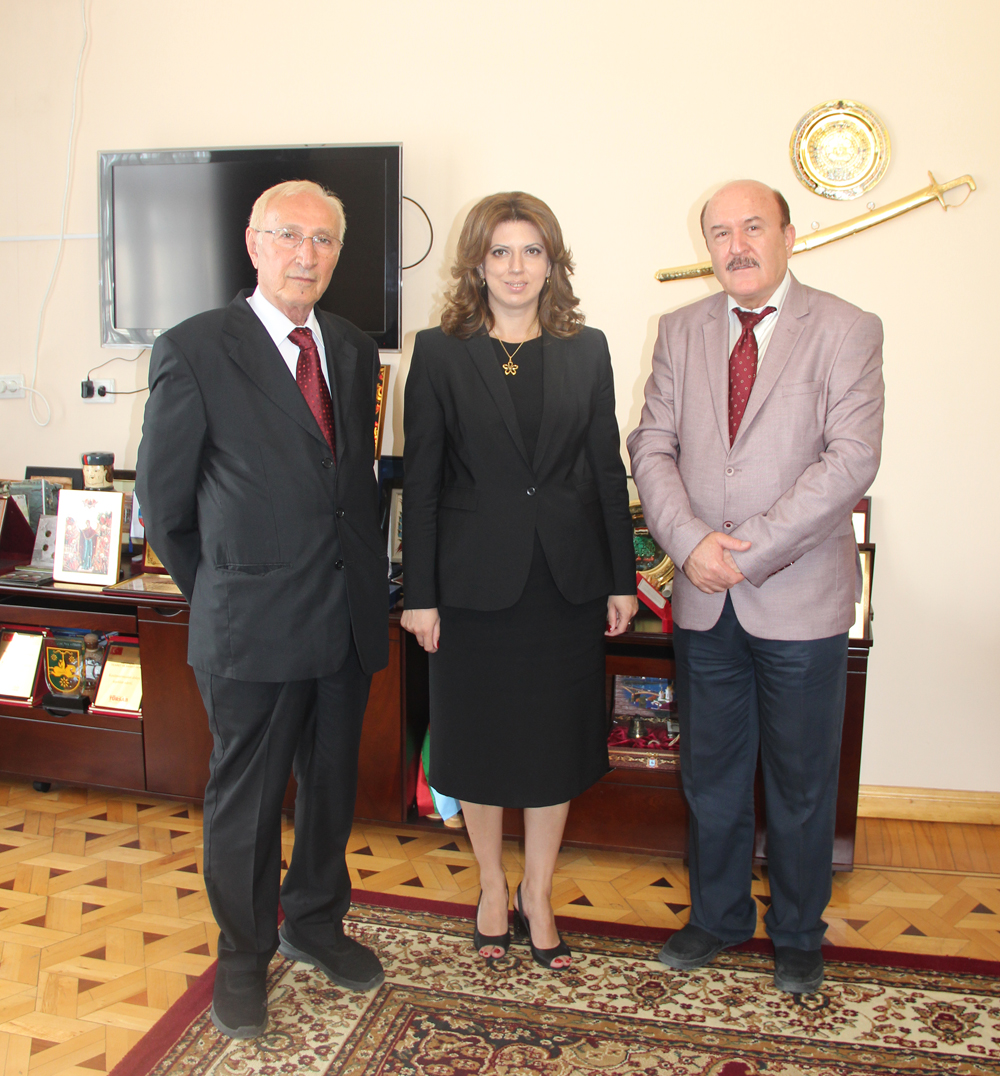 The meeting was held between the President Tamila Mertskhulava and the CCI delegation from the Syrian city- Quneitra at the Chamber of Commerce and Industry of the Republic of Abkhazia. The guests arrived to the Republic to celebrate the 25th anniversary of Victory in the Patriotic War of the people of Abkhazia 1992-1993

The meeting was organized following the recommendation of the Federation of Chambers of Commerce of Syria.

During the talks, the participants discussed pressing issues related to entrepreneurship in Abkhazia. Guests from Syria were extremely interested in setting up a business in our Republic and asked many questions about the rules for opening enterprises in the country, the production and sale of goods, the procedure for processing accompanying export and import documentation, the benefits of membership in the CCI of RA.

In addition, the head of the Chamber of Commerce of  Quneitra, Mr. Mufid Makhfei, expressed the idea of ​​creating a joint Abkhaz-Syrian Council, which would help businessmen of both countries to come into direct contact with each other, thus facilitating business management.

At the end of the meeting, the guests were presented memorable gifts.